Know Thy Enemy: Designing for Yomi in Games

There are few thrills in gaming greater than predicting your opponent’s move and responding perfectly. Whether it’s getting a perfect parry in Smash Ultimate and following up with a devastating combo or knowing exactly which trap card your opponent just played face-down, these moments are always extremely satisfying and can often become stories that are told over and over.

This feeling – the feeling of reading your opponent’s actions before they make them – actually has a name – Yomi. Yomi can add tremendous gameplay depth to a game, but it isn’t something that will necessarily happen on it’s own in your game. Instead, the game has to be designed in such a way as to allow and encourage this type of play.

In today’s article, I want to take a deeper dive into the idea of Yomi. First, let’s take a close look at what Yomi means and where it came from. Then, we can look at the various levels of Yomi. Finally, we will examine how Yomi can be designed into your game.

Yomi comes from the Japanese word for “reading”, and refers to the ability to read your opponent’s intentions before they actually act. This usage of the term seems to originate with David Sirlin, head designer of Sirlin games. Sirlin has an extensive background in fighting games, and the concept of Yomi originally came from playing fighting games and having to predict your opponent’s moves before they make them.

I have already briefly touched on the concepts of Yomi in my articles on Rock, Paper, Scissors strategy (part 1 and part 2). In those articles I talked a lot about why humans are very bad at being unpredictable, and how you can use this to your advantage as a player. However, there is a lot more to Yomi than simply trying to predict your opponent’s next move.

Yomi is actually a bit of a rabbit hole, and the more you begin to think about it the deeper it goes. Yomi is really all about knowing the mind of your opponents, and using it against them. This doesn’t just mean the surface level information, such as what attacks they tend to spam, but also knowing at what level of Yomi they are at. While it is true that players who are better at predicting their opponents actions will tend to do better, you must also adjust your play based on what level your opponent is at.

When you first begin playing a game you are probably going to be at Yomi level 0. In this stage you are mostly concerned with your own actions, rather than the opponents. You are becoming comfortable with the controls or components of the game, and gaining an understanding of the general rules and overall strategies of the game.

This stage is characterized by self-focused, reactive play. A level 0 player will tend to focus on their own moves, and are simply reacting to their opponent’s actions. Here the player is learning which items/characters/techniques are effective in general, rather than trying to counter any specific actions of their opponent. For example, fireball is a good attack so I will use it ALWAYS. 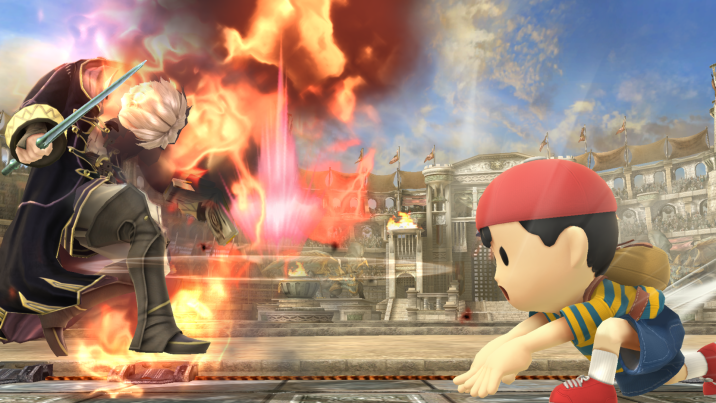 For example you notice that your opponent is just spamming fireball so you wait until they launch it and counter with a blast of water.

While level 1 players know how to counter their opponents, Yomi level 2 players go a step deeper by predicting those counters. This is done by trying to look through the eyes of your opponent, and predicting how you would react in their place.  You know that if you just keep spamming fireball your opponent will counter with water blast. Therefore, you send out a fireball to bait out the water blast, then pelt them with the lightning bolt!

The deepest level of Yomi – you know what counters your opponent will use against you, and you know how they will defend against your counterattacks. You know when they are baiting you with fireball, and and you know how to counter with rock throw when they send that lightning bolt at you. You don’t rely on a single counter-move for everything. Instead, you predict which move your opponent is about to toss out before they throw it at you, and choose your response accordingly.

Having this level of prediction and mind-games in your game can add new layers of depth and strategy, but it doesn’t come for free. Before players can begin predicting and countering your opponents moves, the game has to be designed in such a way to enable this.

Take our fireball example from earlier. Suppose that a fireball takes 2 seconds to throw, and stuns the opponent for 2 seconds if they get hit. If the opponent gets hit by the fireball 1 time, a skilled player would be able to keep this combo going infinitely without the opponent being able to respond. This does not make for very fun gameplay.

The first step to designing a game that supports reading the opponent is to adjust or get rid of overpowered items, moves and characters that have no counterplay, or add in appropriate checks and balances. In a game of predictions it is not very fun if a single wrong prediction can lead to inescapable death, so the game should be designed in such a way that any combo is escapable.

The two main ways to do this are with hard and soft limits. A hard limit is the maximum length of a combo that the game will allow. After this number is hit the game will interrupt the combo and allow the opposing player a chance to escape. One way to implement a hard limit is add a “combo finisher” move that is automatically activated once a combo reaches a certain threshold. This finisher move will be exciting to the player who pulls it off, but should reset the combo and give the opposing player a chance to escape once executed.

The second method is to add soft limits, also known as “scaling”. This method involves slowly adjusting the power of a technique to allow combos to become more escapable over time. Examples of this can be found in Super Smash Bros. Ultimate. The first example is through the knockback mechanic – knockback of all moves changes based on the player’s damage, which means that certain combos will only work at certain levels of damage and cannot simply be repeated over and over.

Another example of scaling in Smash is through move staleing. This mechanic causes moves to become less effective the more often you use them, and can make attacks easier to escape the more frequently they are used. This can discourage players from simply using the same move over and over again.

What do hard and soft limits have to do with Yomi? When designing for Yomi the goal is to create a game environment that allows and encourages players to predict and respond to their opponents. If the game contains moves and combos that the opponent cannot respond to this undermines Yomi entirely and completely changes the focus of the game. While the designers should endeavor to catch and remove these combos before the game is released, it is impossible to catch everything and these systems can be an important fail-safe.

While hard and soft limits can help take care of the general case, it is also important to make sure that your game pays attention to the details as well. Even if your game has mechanics to prevent infinite combos, this by itself does not allow for Yomi play. Instead, you need to design your game to deliberately design their moves/items/characters to allow counterplay.

There are a few different parts to this. First, each player needs to have multiple viable options available. If one player only has one viable move they are easily shutdown, but if they have multiple options it makes it more difficult to predict, and therefore counter.

Secondly, each character should have the ability to counter their opponent’s moves. This could involve anything from using a shield and counter-attacking to having a rock-paper-scissors style balance of strengths and weaknesses. Regardless of how it is implemented, each opponent should have viable countermove options to their opponents.

Finally, different attacks should require different counters. Here is where the prediction element comes into play. If your have a single counter-move that works regardless of your opponent’s actions, there is no need to predict what they are about to do. If different moves require different responses, however, choosing the wrong response could put you into a bad position and allow your opponent to punish your misplay.

Since this term originally came from the world of fighting games, much of this article has been written in such a way as to primarily apply to those types of games. However, the concept of Yomi goes far beyond a single type of game, and can be applied to almost any genre. In the end, it all comes down to knowing the mind of your opponent, and responding appropriately.

In the board-game world, Stratego is a game that is designed almost entirely around the idea of Yomi. You must use your knowledge of your opponent to determine where he placed his various ranks, and you must use your own pieces to take them out.

Something similar could be said about Battleship. Is your opponent the type to spread their ships all around the edges, or clump them together in the middle? Different approaches will require different guessing strategies.

Another game that is almost entirely designed around the concept of Yomi is Poker. In Poker you never know what your opponents have, but you can generally make an educated guess based on how they are behaving, as well as past performance. Even if luck isn’t on your side the player who is best at reading their opponents will tend to come out on top.

That is all I have for this week. If you enjoyed this article, check out the rest of the blog and subscribe on Facebook, Twitter, or here on WordPress so you will always know when I post a new article. If you didn’t, let me know what I can do better in the comments down below. This weekend I am going to my first game jam, so next week’s article will probably be about that!