The Rise of the Golden Age of Tabletop Games 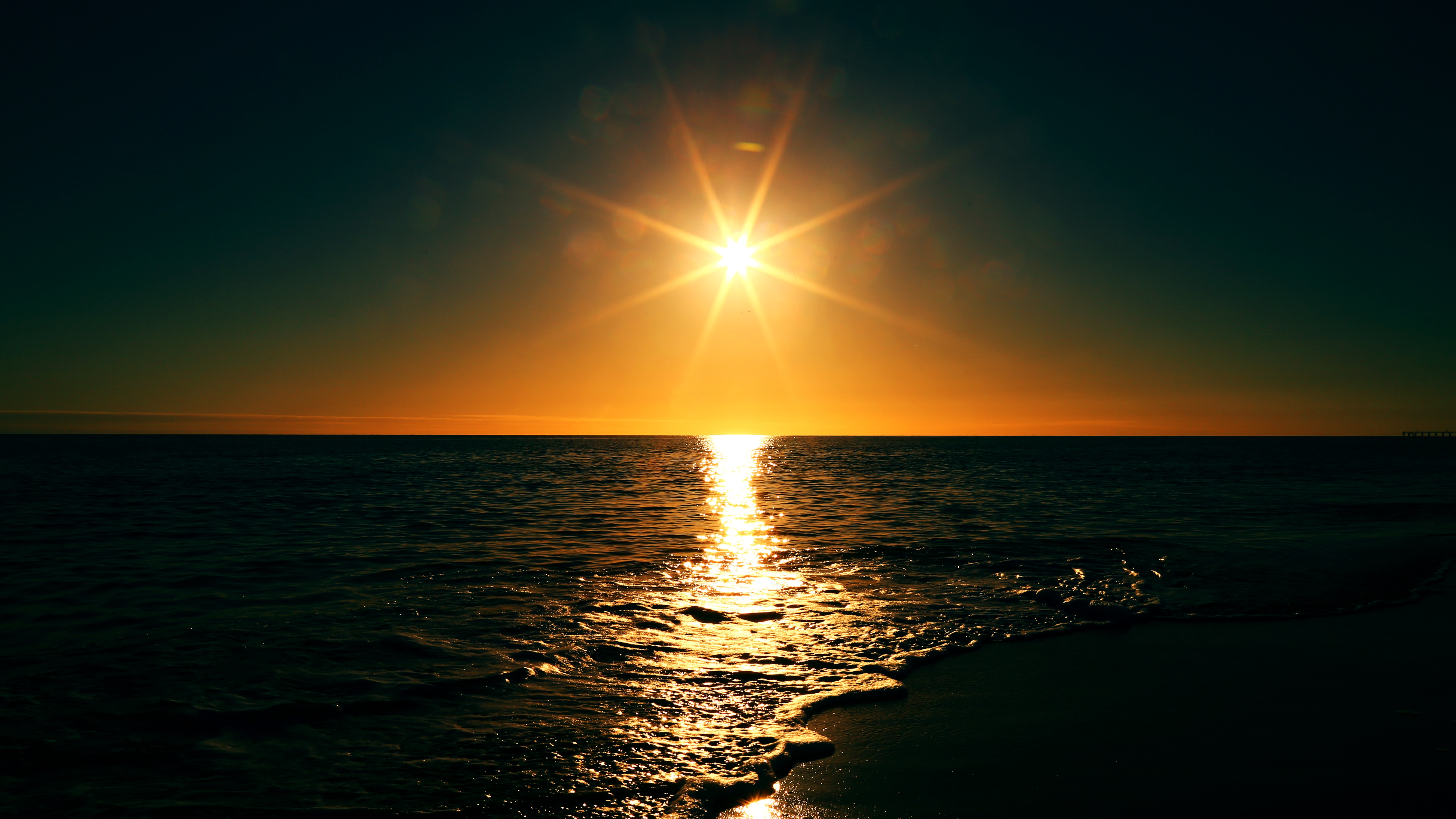 Tabletop games have been around since nearly the dawn of civilization. For thousands of years, people all over the planet have gathered around a board and competed against eachother in games of luck and skill. Even relatively modern games, such as Monopoly, have been around for over 100 years!

And yet, despite it’s long history board games have never had such an explosion of interest and popularity.  According to this ICv2 report, between 2014 and 2015 the hobby game market exploded, with 29% growth! This report is mainly focused on games targeted towards a core-gaming audience, but other areas of tabletop gaming are also experiencing growth in recent years. Worldwide, total sales of tabletop games has grown by roughly 1.5% year over year, and seems to still be climbing. What is causing this incredible growth, and can we expect this trend to continue? These are the questions I hope to answer today.

When I tell somebody that I am designing a board game, a common response is confusion. Why do you want to get into a dying industry? They usually assume that video games and mobile apps would be stealing away board gaming’s audience, but this turns out not to be the case. In fact, the rise of video games has actually helped the board game industry in many ways.

Firstly, video games have created an enormous amount of interest in the area of game design. These days there are entire college curricula dedicated solely to this topic! While much of this is targeted towards the video game industry, this explosion of interest and available knowledge in the field of game design has been a huge boon to tabletop games, and makes it much easier for a beginner to find the information that they need to get started. The current board game landscape is very designer-driven, and having access to all of this game design information has opened doors for an entire generation of new game designers.

Video games have also helped increase the popularity of gaming as a hobby. Today, millions of people self identify as gamers, and there is no longer the same stigma associated with that title that there was 30 years ago. Once again, while this mainly helps the video game industry itself, this increased love of games has spread to all types of games, including tabletop games.

Let’s Get the Party Started!

With the increased interest in gaming brought by video games, shouldn’t video games wipe tabletop games out of existence? After all, new technologies tend to replace older ones, not enhance them. The rise of Netflix didn’t create a new interest in dvd rentals, but instead caused thousands of video stores to go out of business. Why isn’t the same thing happening with tabletop games?

The answer is that there is something about playing a board game that a video game simply cannot replicate. The board game experience of gathering around a table with a group of friends and enjoying a common experience for a few hours, is something that video games cannot really duplicate, and lately they haven’t really been trying too.

Video games can be great ways to meet people and hang out with friends, but more and more that interaction is occurring online instead of in person. Most major game companies (with the notable exception of Nintendo) have been steering away from offline multiplayer experiences, and I believe that this has created a hole in the market that may have somewhat contributed to the increased interest in tabletop games.

Another reason for the massive increase in the popularity of tabletop games is a new shift in design philosophies. Board games have changed a lot in the last few decades, and that is leading to a huge number of innovative and exciting game designs. Entirely new genres of games have been created, and these games are bringing in new audiences to the medium.

Although the “eurogame” genre has been around since the mid 60’s, it wasn’t until the release of Settler’s of Catan in 1995 that this genre really exploded in popularity, leading a whole new wave of euro-inspired designs. Pandemic, created by designer Matt Leacock, helped popularize cooperative board games in 2007. In 2015 Leacock and co-designer Rob Daviau changed the industry again with the creation of Pandemic: Legacy which helped to popularize the genre of legacy games.

These games created new genres and mechanics, which opened up entire new fields of game design. These advances in game design “technology”, along with mechanical breakthroughs such as worker-placement and card drafting mechanics, help expand the modern board game designer’s toolbox. These tools give them more freedom to create innovative designs of their own.

The final, and perhaps most important reason for this incredible boom in tabletop games is the advent of crowdfunding. Crowdfunding has dramatically changed the landscape of the tabletop industry, both on the supply and the demand sides.

On the supply side, crowdfunding platforms such as Kickstarter are amazing tools for designers because they allow smaller companies and single designers to publish their games without the help of an outside publishing company. This shifts the balance of power in the industry – where once it was huge publishing companies that decide what games get made, now it is the crowd that determines which games live and which die.

Because crowdfunding allows for much smaller print runs, and the games produced are generally shipped directly to the customer, it allows for the successful printing of “niche” games. These are games that may appeal to a dedicated audience of a few thousand, but are not broad enough to appeal to a mass market. These games would probably never get picked up by a traditional publishing company, but crowdfunding allows them to get made anyways.

The promise of crowdfunding has led to a massive increase in the number of small board game companies and designers who are trying to get their games published in this way. Crowdfunding does not mean that any game can guarantee a print run, however. It does not remove the gatekeeper entirely, only changes who holds the keys. The crowd itself can be a harsh judge of a game, and for a game to survive this process it needs to be the whole package. Good gameplay, an interesting theme, and great artwork are all necessary components for a successfully crowdfunded game.

On the demand side, crowdfunding has allowed a blossoming community of ultra-hardcore tabletop gamers to develop. These gamers tend to be back numerous kickstarter projects, and are constantly in search of new games to play. By backing these projects, incredibly complicated and daunting games which may never have survived on the mass market are allowed to flourish.

Not all of the growth of the tabletop industry can necessarily be attributed to growing interest in the medium – some of it must be caused by an increase in activity by those who were already invested. There is a contingent of gamers who already played tabletop games as their primary hobby, and they simply have more games to consume than they otherwise would. Crowdfunding has given designers the opportunity to support themselves primarily by targeting their products towards this small but active group of consumers.

Looking to the Future

Will interest in tabletop games continue to increase? Will it level off over time, reaching a stable equilibrium? Or will this boom turn into a bubble ready to burst? While there is no way to know for sure, I would like to finish off today’s article with a look at some future possibilities for this industry.

If the lack of offline multiplayer options has been a major factor in driving people towards tabletop gaming, then it will be interesting to see how the release of the Nintendo Switch affects the growth of this industry. For most years of this tabletop renaissance there haven’t been many good options as far as offline multiplayer video games, and the only major console that really supported this feature was the Wii U.

However, while the Wii U was a flop and therefore not much competition for the booming tabletop industry, the Nintendo Switch is already selling incredibly well. With games like Arms, Mario Kart 8 Deluxe and Splatoon, the Switch seems to have a major focus on social and party games which might somewhat cut into the tabletop space.

In addition to this, the number of new tabletop Kickstarter projects is increasing year over year at an incredible rate. While it’s likely that the number of new games being created will stabilize over time, if it continues to increase at such a rate it could form an unsustainable bubble, where the increase in supply outpaces the growth of demand.

There is also the possibility of gamer fatigue -most new games these days rely on some form of crowdfunding, and are often funded by a small population of dedicated gamers. It is always possible for this small population that are supporting a huge part of the industry to simply lose interest, or get burnt out by the endless stream of new games. If this happens, it would become much more difficult to successfully crowdfund new games, which would severely affect the health of this industry.

All of that being said I truly think that the future of this industry is a bright one, at least for the foreseeable future. I believe that new designers will continue to innovate and push the boundaries of what this medium can do, and this will continue to bring new levels of interest and popularity for years to come. Of course, the only way to know for sure is to wait and see!

That’s all I have for today. I hope you enjoyed the article, and if you did feel free to subscribe to the blog so that you will always know when I post new content! If you didn’t, I would love if you could leave a comment below letting me know what you think I could do to improve in the future. I would also love to know your thoughts on this topic, whether you think that I missed a reason, got the reasons wrong, or simply left out some important information. And join me next week, when I will be taking a close look at one of the biggest scourges of long-running games, power creep! See you then!