Dollars and Sense: How to Monetize your Game

Hey everybody, I know it’s been a few weeks since last I posted but hopefully I can get back to my usual schedule. I just haven’t really been able to write these last few weeks – first I had to deal with finals, and then holiday travels. However, that is all over and I will be trying to post regularly again.

The last time I posted was right around the time when the controversy around Star Wars Battlefront 2 was just beginning, and that gave the idea to talk about monetization for games. Because the controversy has mostly died down (in the form of nobody buying or talking about the game at all), I will only briefly touch on that specific issue in this article. Instead, this article will be a more general look at the different ways that games can be monetized, and when to use them. However, if you are still interested in learning more of my thoughts on the Battlefront issue let me know, and maybe I can make a more complete post about that.

And now, Back to our Regularly Scheduled Programming

If you are like me, you probably really enjoy the act of game design. Personally, there are times when I have more fun designing games than I do playing them, and it is definitely something that I have no problem doing for free. Unfortunately, if you are like me, that also means that you are a human being who has needs such as food, water, and sleep. As great as it would be to just give away games for free so everybody can enjoy them and have a good time, most people are going to expect some type of monetary reward for there time and effort. Because of this, figuring out how to monetize a game can be just as important as actually designing the game itself. A good monetization system can feel like a natural extension of the game itself, while a bad one can completely ruin the player experience. 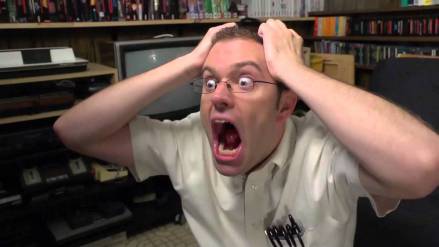 There are several ways to make money off of a game, but the most common ways are through direct sales, advertising revenue, microtransactions, and subscription services. Each of these different monetization methods has it’s place, but using the wrong method for your game can have disastrous consequences.

Direct sales is the oldest, and probably still the most common way to sell games. Basically, the customer pays your company a certain amount of money in exchange to purchasing the game, free and clear. For most physical games this is the primary or only form of monetization for the game, and it works well in most situations. However, even this simple method has some pitfalls that designers need to watch out for.

Firstly, if a player pays up front for a game they are going to have certain expectations of ownership. Basically, the expectation is that they have complete and total control and ownership of the game to do with as they wish. For this reason, this form of monetization is not ideal for games requiring dedicated internet servers. These servers require constant upkeep and maintenance, but the games are no longer bringing in any revenue. Over time, this often leads to these dedicated servers being shut down, or no longer maintained, making it impossible to play the game. 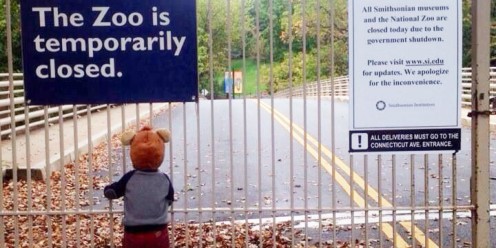 The second pitfall with this method is that players expect to be purchasing a “whole” game. Based on the price of the game, players will have certain expectations about the amount and quality of the content contained within, and get understandably upset when these expectations are not met. This is important to keep in mind when designing downloadable content for a game. If the content feels like it is expanding on an already finished game, players tend to be very open. On the other hand, if the downloadable content feels like it should have been a part of the original game to begin with, players can feel like they were misled about what they were purchasing.

Another extremely common form of monetization is putting advertisements into the game itself to generate revenue. This method is generally used as a way to make the game completely free to players while still generating revenue. Because of this, this method is primarily used for mobile and in-browser game (although it can be found even in AAA console titles).

Advertising in games is a pretty large and broad topic, so I won’t be able to get into all the details in this article. However, there are a few major points to watch out for. Firstly, try to keep the ads to a reasonable level. While players tend to be okay with some ads (especially in free games), bombarding players with ads constantly can get extremely annoying and cause players to move on from the game. Also, the more that players paid for the game, the less tolerant they are of ads. Therefore it is important to be careful how and when you integrate ads into your game, especially if you are mixing them with other forms of monetization.

Microtransactions are another form of monetization that is strongly associated with mobile games, but has come to be used in all different forms of games. The general idea behind microtransactions is that they are relatively small purchases made inside the game (possibly in addition to purchasing the game itself) that may provide the player with some sort of benefit, but are usually not necessary to actually beat the game.

Once again, microtransactions is a topic that is big enough for it’s own article, but for now I just want to talk about one of the major pitfalls that developers can fall into – the pay-to-win trap. Microtransactions work best when two criteria are met. Firstly, when the microtransaction is not necessary to beat the game itself – this goes back to the point I made earlier about downloadable content.

The second condition is that the game should not be directly competitive. This is not to say that there cannot be any sense of competition to these games – on the contrary, many games that use microtransactions quite well will have competitive elements such as score rankings and leaderboards. Generally players who are more willing or able to pay for these games will be able to climb the ranks much more effectively, but players who don’t pay should still be able to compete. The problems arise when microtransactions are used to give players a direct advantage in a competition against another player. This is known as “pay-to-win”, and is one of the most hated design patterns in the gaming community. 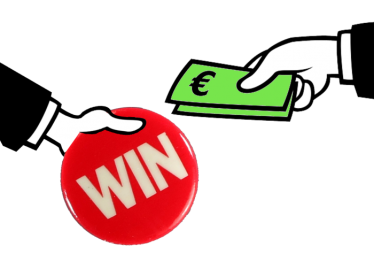 The last form of monetization is also probably the least common of these four, but is also a very interesting one. Subscription services involve allowing the player to pay a certain amount of money in order to gain access to the game for a certain period of time. This method is not meant for most games, but can be quite useful for a specific type of game. Specifically, subscription services are useful for games with large overhead costs, such as MMOs and MOBAs.

These types of games generally require a large number of dedicated online servers, which can be very costly to run and maintain. Because of this, a single payment to purchase the game will never be enough, because given enough time the costs will always end up outweighing the benefits of maintaining the servers. Ad revenue and microtransactions are more continual forms of revenue, but they are also unreliable. Therefore, subscriptions tend to be a good option for these types of games. They provide a continual, predictable amount of revenue over time. This revenue can not only help keep the servers up, but also fund development of additional content for these games for years to come.

What did Battlefront do wrong?

We have now looked at four of the main monetization methods for games, but before we go I would like to take a brief look at the controversy that spawned this article in the first place – Star Wars Battlefront 2. This game sparked a huge amount of controversy when in announced that it was going to be using loot boxes and microtransactions, and led to millions of players cancelling pre-orders or refusing to purchase the game.

There are a number of issues with this decision, but two main ones stand out to me. Firstly, this announcement came as a surprise to many players and seemed to be a relatively last-minute change to the game. A number of early reviewers even seemed to have been caught unawares by this announcement, and claimed that the versions of the game that they tested did not have this feature. I believe that making a change like this late in the development process (even after reviews were done) is a terrible thing to do, and amounts to lying to the players. Players cancelled pre-orders because the game that they had ordered was not the game that they expected, and EA lost even more trust from the gaming community.

Secondly, and more relevant to this article, EA chose the wrong payment scheme for their game and paid dearly for it. EA put a system in place allowing players to unlock powerful characters through microtransactions, thereby giving them an extremely significant advantage in a competitive online game. This definitely crosses the line into pay-to-win territory. While it is technically possible for players to unlock those characters without paying for them, it was estimated to require around 40 hours to unlock a single character. This is not a reasonable amount of time, and for many players it might as well not even be an option.

That is all I have for this week! I hope you enjoyed this article about monetization in games! If you did, check out the rest of the blog and subscribe on Facebook, Twitter, or here on WordPress so you will always know when I post a new article. If you didn’t, let me know what I can do better in the comments down below. If you want me to talk more about one of these methods, or have another are in game design you would like me to write about, let me know in the comments or on social media. See you next week!

One thought on “Dollars and Sense: How to Monetize your Game”