Game designers wear many hats. Depending on what type of company you work for and your position within that company, designers might have to be engineers, psychologists, graphic designers, executives, and so much more. A much less common role, but no less vital, is the role of economist or central banker.

Virtual economies are becoming more and more common in modern games, and managing these economies effectively can have a massive impact on the longevity of the game. Any game that allows players to trade virtual goods among themselves has the potential to develop a virtual economy, particularly if the goods can be bought and sold for real world money. If these virtual economies are not managed well they can lead to major issues such as inflation, fraud, and economic collapse.

Because a virtual economy, like a real economy, is made up of real people making exchanges, many principles of real-world economics will apply to virtual economies as well. These include the laws of supply and demand, and inflation. However, virtual economies have a number of special circumstances such as the presence of non-player character (NPC) vendors and a potentially infinite supply of goods and currency, which adds their own challenges to managing these virtual worlds.

Inflation is an issue that occurs in both real and virtual economies, and occurs when the cost of goods begins to rise, which reduces the value of a particular currency.

Put another way, suppose your currency is gold coins. If there are only 10,000 gold coins in circulation each coin would be very valuable, and would have a large amount of purchasing power. However, if you lived in the Mario universe where giant gold coins are simply floating in there air everywhere you go they would immediately become much less valuable and not be able to buy nearly as much.

In the real world the situation is much more complex than this. While we think of money as something that gets printed by some central source, in the real world most money is actually created through bank loans. This is known as the “multiplier effect”. Basically, when you deposit your money in a bank they hold on to a small portion of the money (say 10%) and give the rest away through loans.

That money still belongs to you – it is still in your account – but it belongs to somebody else too. The person who receives the money will either deposit it into their own bank account or give it to somebody else who will, and the process repeats. Through this process a single dollar can get passed around multiple times and “multiply”, increasing the total amount of currency in the economy without a single dollar coming off of a printing press.

Even this is a simplification – inflation is a complicated topic with numerous interconnected causes on both the supply and demand side – but it gets across the general idea. Increases in the monetary supply can come from various sources, and by added more money to the economy they slowly devalue the currency. Left unchecked, this cycle can lead to rampant inflation (also known as hyperinflation) and can cause the currency to become practically worthless.

Due to their digital nature, video game economies are particularly susceptible to inflation and hyperinflation. This is because, even moreso than the real world, virtual economies are not dependent on a physical currency. All currency is digital, and for this reason is practically limitless. Digital currency tends to be created out of nothing simply by playing the game – every time you kill an enemy for gold or sell an item you crafted to an NPC, you are adding money to that virtual economy that didn’t previously exist.

Now multiply this by potentially millions of players, and you can see where the problems can occur. All of these players are creating currency out of nothing just by playing the game, and sooner or later a portion of the player base is likely to begin farming for currency – optimizing techniques to create this currency as fast as they possibly can. This can lead to the monetary supply within your game exploding, and can inflate the in-game currency to a point that it is practically worthless.

Now that we have looked at some of the causes for inflation, lets look at some solutions used in the real-world to combat inflation. Then, we can try to take those solutions and see how they could be applied to a virtual economy.

One classic way to ensure that your currency does not become too worthless is to tie the value of your currency to a scarce resource that has some sort of intrinsic value. Historically, this resource that the currency was tied to was often a precious metal such as silver or gold. 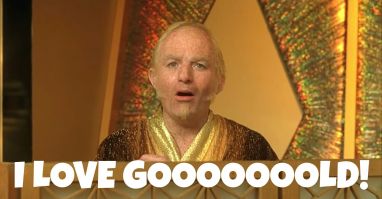 One of the most important features of the gold standard is that the resource behind it is scarce. This has the benefit of limiting the total amount of currency that can be in circulation, as well as limiting spending and borrowing, but it also means that the resource can be depleted. It ties economic growth to the growth of a particular resource (the supply of which generally grows slowly relative to other areas of the economy) and can lead to hoarding behavior in which countries focus on obtaining and storing that resource (such as gold).

In many ways, these issues don’t apply to a virtual world. Since the economy is basically a closed system there is no worry about countries hoarding gold or hampering trade. In addition, there is no worry about the supply of the scarce resource hampering economic growth (represented by an increase in the number of players) because the game designers could theoretically adjust the supply of the backing resource based on the player population.

However, you may see a major problem with this solution – how do you make a digital resource scarce? In general, digital resources can be duplicated infinitely, so up until recently there wasn’t a good solution to this issue. However, one emerging technology may actually make a finite digital currency possible – blockchain.

While cryptocurrency has a number of issues that, thus far, have prevented widespread adoption and use in day-to-day transactions, I believe that this technology could be used to great effect within a virtual economy. While it would not prevent inflation, it would at least give players the option to convert their currency to some other resource that would store value more reliably.

Another way to manage inflation rates is to directly try to reduce the amount of money in circulation. In the real world this is generally handled by a government or central bank through three main means. Two of these means (adjusting the reserve rate and the discount rate) are ways that the federal reserve can discourage lending and borrowing, which can reduce the rate that the monetary supply increases. However, these two methods are generally not applicable to a virtual economy.

The third way that a central bank can increase or reduce the monetary supply is by directly buying or selling goods to the public. In the real world the government / central bank is mostly buying and selling to other banks, and the goods being bought or sold are usually something like government bonds. Whenever the government sells a bond, that money is taken out of circulation and the total amount of money decreases.

This is actually one technique that could potentially be far more effective in a virtual economy than the real one. In the real world the only purchases that can “remove” money from the economy are directly purchasing a good from the government or a central bank. However, in a virtual economy, any interaction with an NPC has the potential to add or remove money from the economy.

Similar to the way that selling an item to an NPC adds new money to the economy out of thin air, buying an item from an NPC is basically the same as throwing that money into the void. It is completely removed from the virtual economy, as if it never existed.

Therefore, if you want to control the supply of currency in your virtual economy, one way is to encourage players to buy things from NPCs. A great way to do this is to create an item or items that cannot be crafted in the game, but can only be purchased from an NPC. This is even more effective if that item is consumable or has a limited number of uses. This can keep players coming back to the NPC vendor to buy this item, draining money out of the economy.

One final technique that can be used to reduce the monetary supply in the game is to charge your player for certain actions in the game AKA taxes. In the real world taxes don’t tend to reduce the monetary supply because those tax dollars are generally added back into the economy when the government makes a purchase, but since a virtual government doesn’t really need money this is one way to remove gold permanently from the economy.

There are a number of different actions that could be “taxed” in your game, but a common one is to add fees to the buying and selling of goods. If there are no fees added selling an item to another player would be a neutral activity – it neither adds nor removes money from the economy, it only changes hands. However, if there is a small fee each time you perform this action this would slowly reduce the monetary supply and help keep virtual inflation in check.

Another common way to charge players is by punishing the character for dying in combat. This technique is relatively simple – when a player respawns after dying they don’t get to keep all the gold they had when they died, but lose some percentage. After all, if the monsters drop gold when they die why wouldn’t you?

These are just a few of the potential possibilities. You could charge players to fast travel from one location to another, “fine” them for committing “crimes” such as attacking another player, or any number of other possibilities. The main idea is simply that, whatever you end up “taxing” for, that money is removed from the economy for good.

That is all I have for this week. If you enjoyed this article, check out the rest of the blog and subscribe on Twitter, Youtube, or here on WordPress so you will always know when I post a new article. If you didn’t, let me know what I can do better in the comments down below. And join me next week for my first game development book review!